Well, we did it. So far. We’ve been camping for almost a week in Coachese. And I have to admit, he’s beautiful. On the inside. Where it counts. On the outside, well… 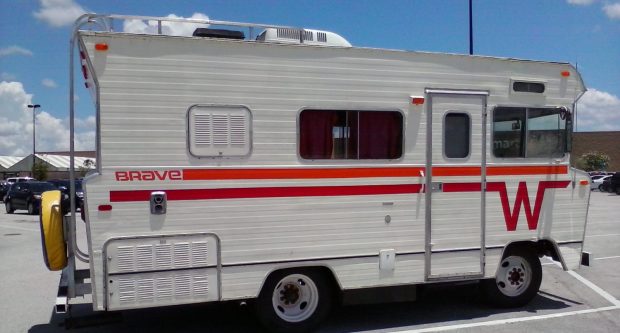 The week before we hit the road we did a lot of work on the inside with the help of our friends Erin and Ope in Cincinnati. More about that here. Our first night hanging out at their house they started to chuckle huddled over Ope’s phone. He read out his neighbor’s text.

“Who’s cooking meth outside your house?”

Yep, our beloved Coachese drew that reaction from our friends’ tony neighborhood. And I can’t say I blame them. In pictures its hard to tell but Coachese’s rusted and warped aluminum, wavy siding, and dry rotted window sealings do not make for regal attire, or even a presentable outfit. He looks more like a stout tramp in ripped and worn, but mostly clean, clothes. Ones with a wild stripe.

It’s not like our VW bus, which we had repainted so it looked new. 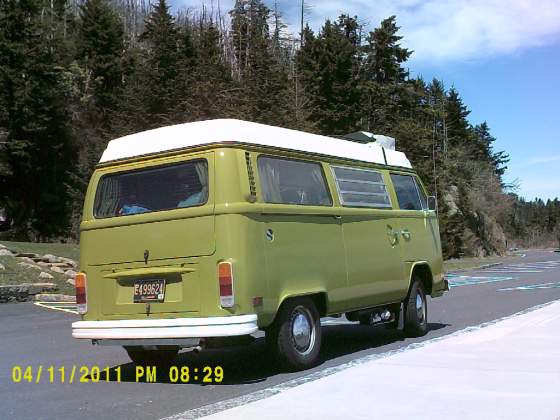 VW buses are so loved and associated with hippie culture it always brought smiles to people’s faces. Peace signs flew up as we rolled down the street. No one has the same associations with the ’74 Winnebago Brave. No one walks up and tells us how they grew up camping in one of these with their six brothers and sisters. Thanks Breaking Bad. 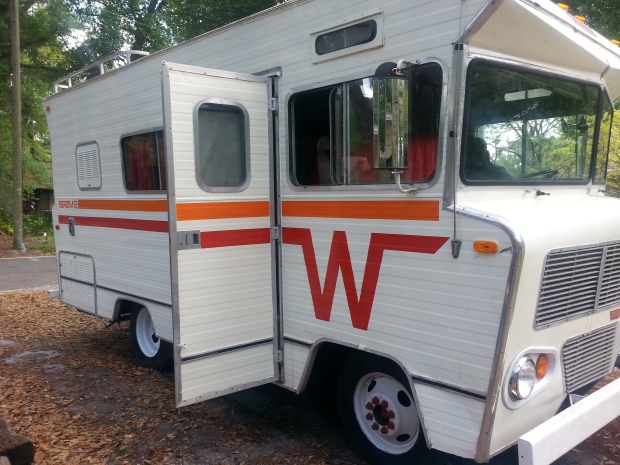 Looking at him you know he’s old. The passage of 42 years has left every dent, scuff, tear, hole, and irregularity marring his once pristine exterior. For that he gets his bad reputation. But his age is why I love him.

Is it just nostalgia that makes me love him, that misguided notion everything was better in the past? Now is likely the greatest of all times. But it doesn’t stop me from romanticizing the way things were. Especially the way I think they were in the ’70’s from my formative Sesame Street watching years-a messier, grittier, less sanitized time when people were figuring out their new places in a world trying to be free of racism, sexism, classism, and homophobia.

So I’d like to keep all his outer wrinkles and signs of wear, prevent him from becoming too precious, too perfect. Sure he’ll continue to look like a rolling meth lab to a lot of people but to me he’s a nostalgic vision cruising into the future.