So, yeah, it’s been a while. We’re back at home in St. John. We’ve been back for about 6 weeks. We put aside our dreams of an epic road trip this year, tucked Coachese into a storage space in Indianapolis and got the hell out of there. We’ve done a lot of harebrained stuff over the years, and most of the time it’s pretty much worked out. Not so much with Coachese. Not yet. Anyway, on the way home we spent a few more weeks in Florida, visiting family and gathering a bunch of stuff to take back with us to the Virgin Islands. This time the bulk of our luggage consisted of 175 lbs of bumper plates (weights) for our barbells. Not even kidding. We are fairly ridiculous. 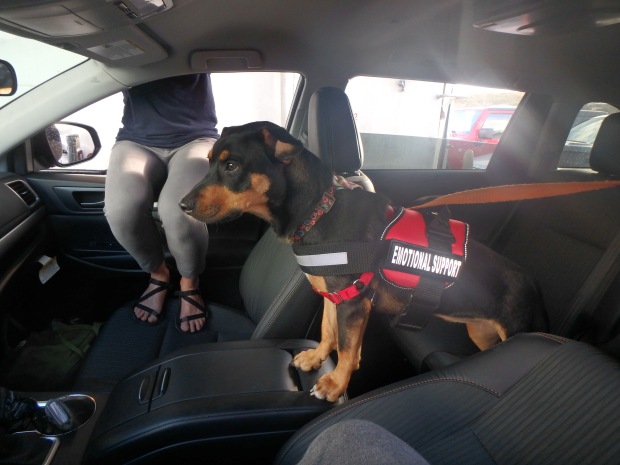 This is Frances. All suited up from our flight. At this point we’re in a car on a boat and we’re almost home. Wembley is in the back, drugged senseless. 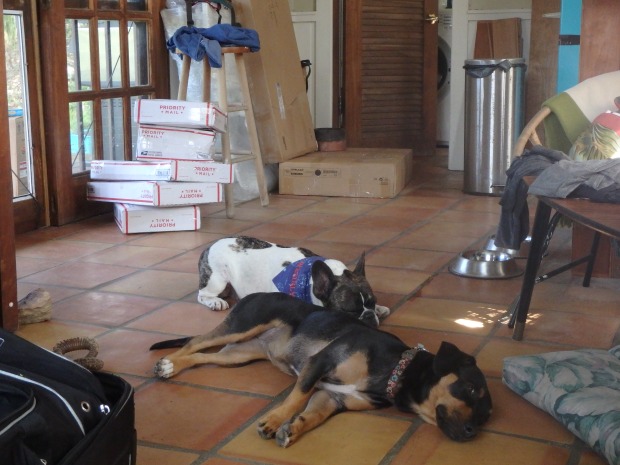 This is what happened when we finally got home.

Having abandoned our house in the tropics for the better part of a year, it should not be surprising to learn that we came home to quite a mess. This was enhanced by the fact that our house was a disaster even before we left. More on that here.
Now that we’re back we’re trying to make the house more livable and settle into our island routine. We’ve made some progress…cleaning, painting…finding, buying and installing some actual appliances (beat it, hot plate). We built a makeshift plywood kitchen counter that should be temporary but that I’m sure we’ll be stuck with for years to come. Also, more cleaning. 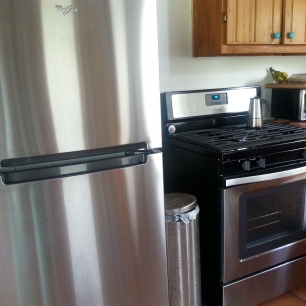 No, that’s not Home Depot. That’s our new stuff.

Somehow, while we were gone, our toilet broke. That was a pretty big drag for a while, as I’m sure you can imagine. The house came with this crazy, power-flush toilet which is apparently really water efficient but for which no one on island had any parts. So now we have a brand new toilet. Go us. Cross that one off the list. To give you a glimpse of our glamorous life in the tropics, here are a few of the things that are still on the list:

Probably you can tell this list is really more for us than for you. I’ve heard it’s good to make lists. Apparently it helps you be more productive. Fingers crossed on that one. In the meantime, we’ve been having a good time catching up with our neighbors, taking the pups around the island, getting used to driving on the left again, and making everything from scratch because the food situation here is pretty grim*. We remain amused at how beautiful and kind of ridiculous it is to live here. 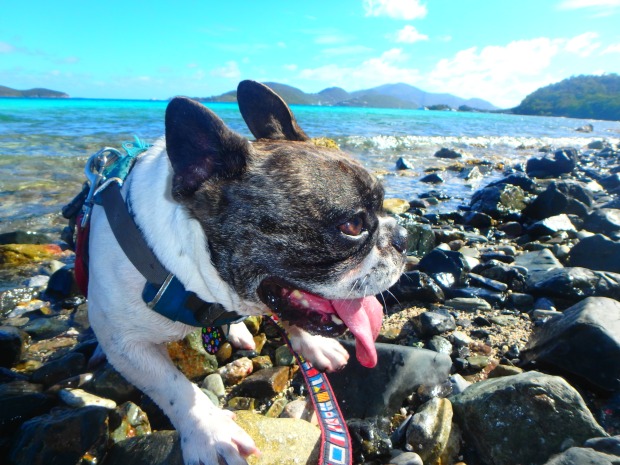 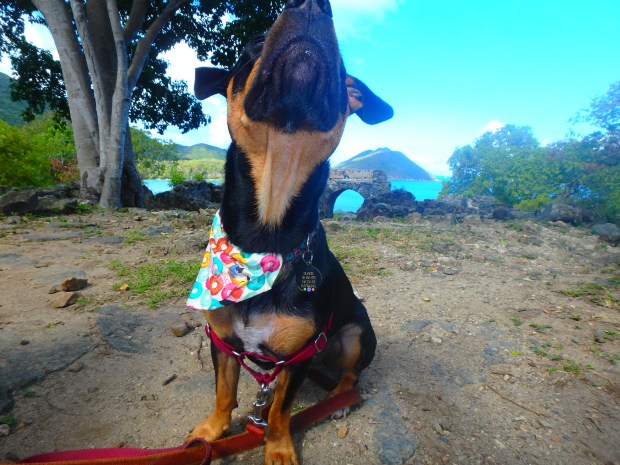 Sunday morning water break at the ruins on the Leinster Trail. 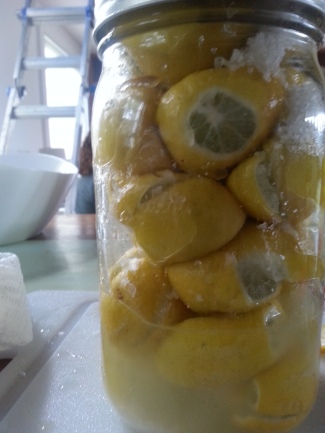 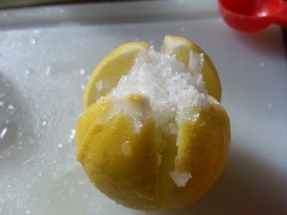 *These are our attempts at preserving some West Indian limes in salt. Why? Scurvy. I am needlessly obsessed with scurvy. Also, we got a very cool cookbook from Jennifer’s Aunt Lynn (thanks, Lynn!) and they use a lot of preserved lemons, which are not available here so we’re doing limes.