Greetings, amigos. We made it from Bahia de Los Angeles to Guerrero Negro, back on track on the main route. We stopped at Guerrero Negro for one thing: whale watching. In the winter, gray whales migrate from Alaska to Guerrero Negro  to have their baby whales. According to our books, it’s an amazing experience and you sometimes get to see the whales up close and possibly even touch them in a non-Seaworld scenario. We all know Seaworld sucks. Thank you, Blackfish. 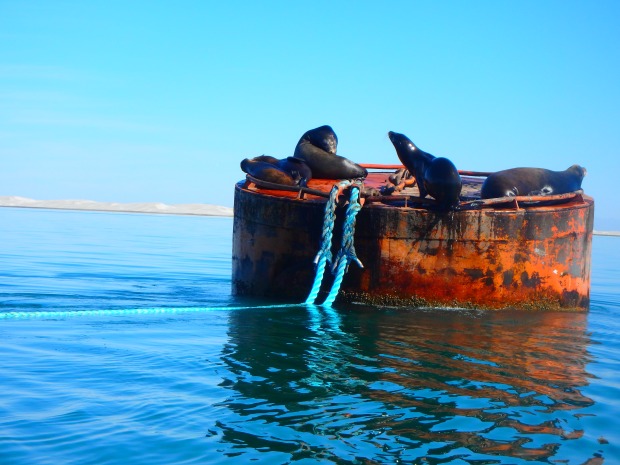 Seeing the whales is really the only reason to go to Guerrero Negro. It’s not a tourist town. It’s a company town. The company is an open-air salt mine. One of the biggest in the world. Not kidding. It’s actually kind of fascinating, but I’ll spare you the details. Anyway, we spent the night at an RV Park that’s basically just a parking lot with a restaurant. It’s also the place from which the whale tours depart, which was great, because you just hop on the tour bus at 8 and they drop you back-off at 12:00. Check-out time is at 1 so we were able to leave the pups in the RV for the tour and not have to worry about Wembley attacking a whale and disrupting an ecosystem. 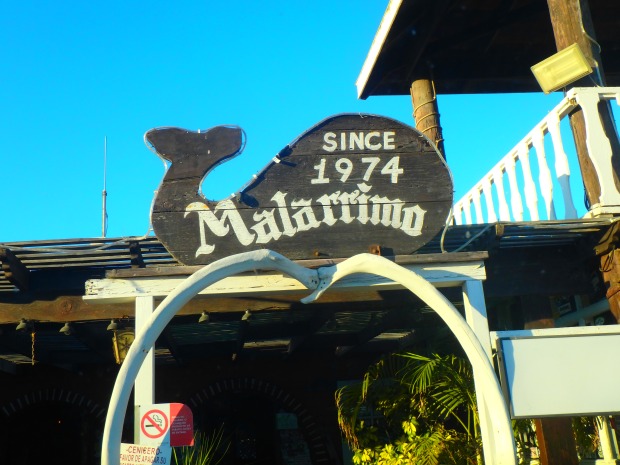 This is the restaurant at the place where we stayed. It was actually fabulous. It was exactly how I imagine a nice steak house dinner in Mexico would be in 1974. We got a seafood platter, otherwise I would have ordered a Brandy Alexander.

This is the guy who sat in front of me in the boat. This was my view for a lot of the trip. Also, that’s the tour company we used. Fantastic.

The tour company drives you out to the preserve and then they load you into these little boats with a captain. Our captain was Juan and we had a total of six people in our boat, including us and Juan. There are two tours per day and there are never more than six boats allowed on the bay at a time. Once we were all life-jacketed, we motored out into the bay and…bam. Whales. Very, very cool. The whales were feeling good and playing with the boats and, yes, we all got to touch them. The whole operation was stellar. Everyone was super-professional and knowledgeable. I cannot recommend this trip highly enough. And as soon as you’re done, do everyone a favor and get out of Guerrero Negro. We have some video, but there is little to no chance we’ll be able to upload it right now. Here are the whales:

It is much easier to photograph whales playing with other boats. I imagine Jennifer and I feature prominently in that family’s photos. Sweet. 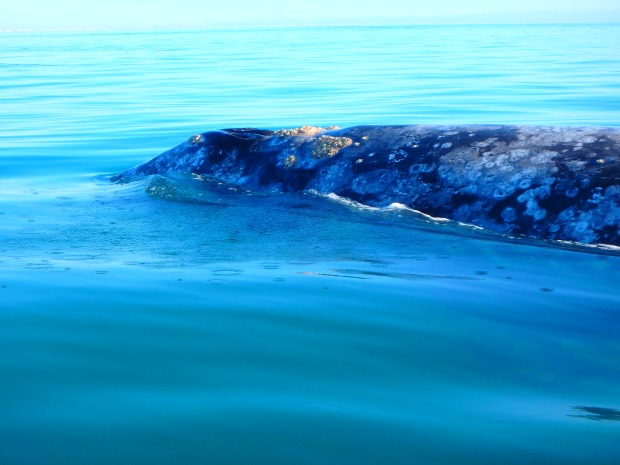 Up close and personal.

Disclosure: We wrote this weeks ago. We just haven’t had enough service to post it. Posts may be appearing wily-nilly, as wifi access permits.